Although the name was New Zealand, this was in reality a North Island organisation to begin with it and continued to be so until 1963 when a combined 'New Zealand Marist Rugby Federation' was formed. The organisation continued to grow to a total of 28 clubs.

In 1931 an Advisory Committee (1932 changed to Advisory Board) was set up to function in Wellington. In 1960 the name was changed to Board of Control. In 1984 the Board of Control was replaced by a Management Committee comprising one delegate from each affiliated North Island club. The committee met twice a year at Taupo and the AGM was held in June at the venue of the following years Spillane Tournament.

The North Island Marist Rugby Football Association continues to meet to this day and is committed to fostering the N.Z. Marist Rugby Federation objectives.

The first New Zealand Marist team was fielded at the Masterton Golden Games (Golden Shears) in 1963 as the feature rugby game of the various sports catered for during the Games. The game was played against ALBERT PRYOR'S Invitation XV at the Solway Showground. The opposition was virtually a third All Black team.

The concept of the New Zealand Marist Colts tour began on 28 September 1974 with the first game held at the Petone Recreation Ground against the Wellington second grade representative team. The NZ Marist Colts team won this match 11-6. The following year a tour of Nelson, Blenheim and Wellington took place. The concept was continued each year with alternate tours of unions in the North and South Islands. 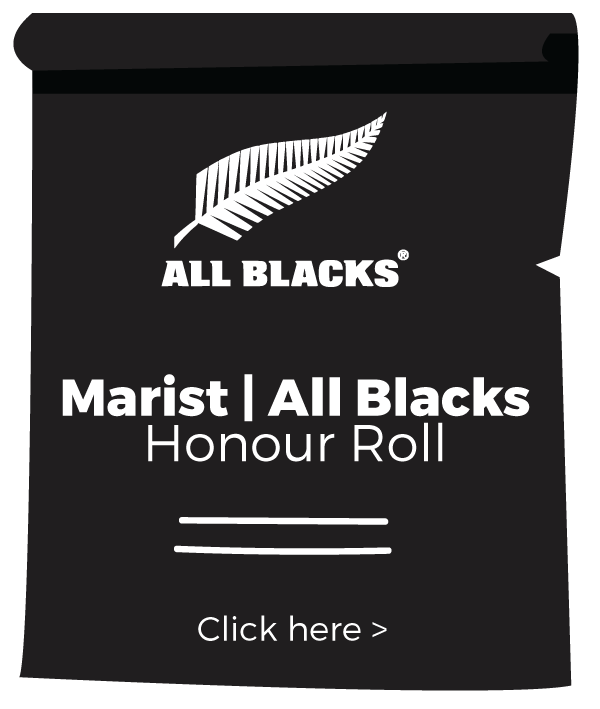